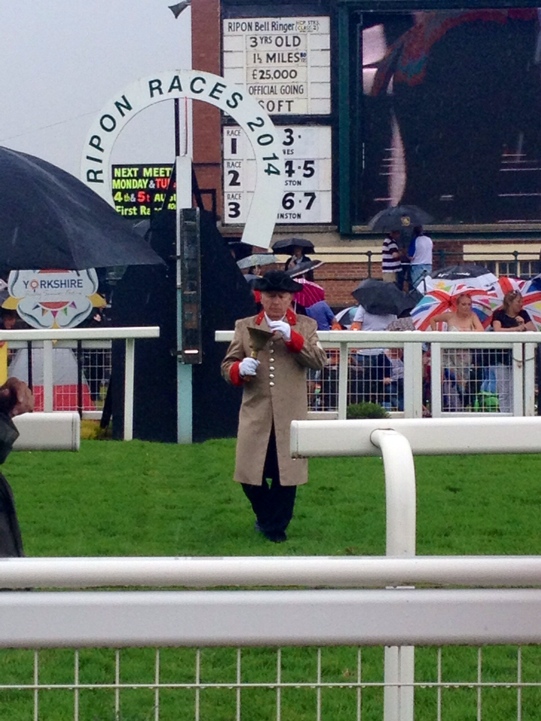 A couple of Saturdays ago we had a day at Ripon races.  We had been invited by VW Van Centre who were sponsoring a race, so best frocks were called for as we were being spoilt rotten in the hospitality suite and would also be helping choose the best turned out horse in the VW Race. 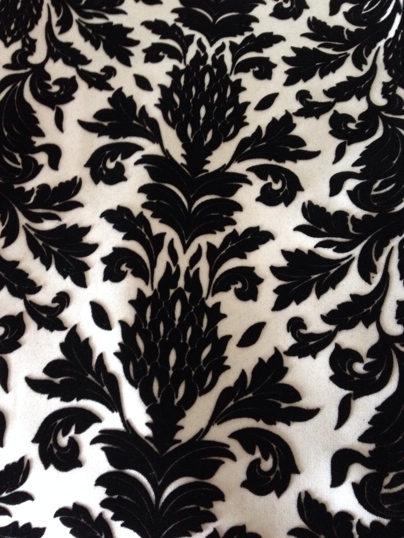 I had this fabric which I bought in Dewsbury a few weeks ago. £4 for 2 metres..or was it £6?….bargain nevertheless!  It has a slight stretch and the black part has a velvety feel.    Flocked?? Not sure if that’s the right word.

Perfect for a mono sewn garment for July’s challenge over at The Monthly Stitch! And also ticks all the boxes for Goodbye Valentino’s RTW Fast!

I used Newlook 6146  (I believe is an OOP pattern) which I have loaned from one of my old golfing buddies, now new sewing buddy.  She’s a HUGE bag of old patterns which I rummaged in to find this: 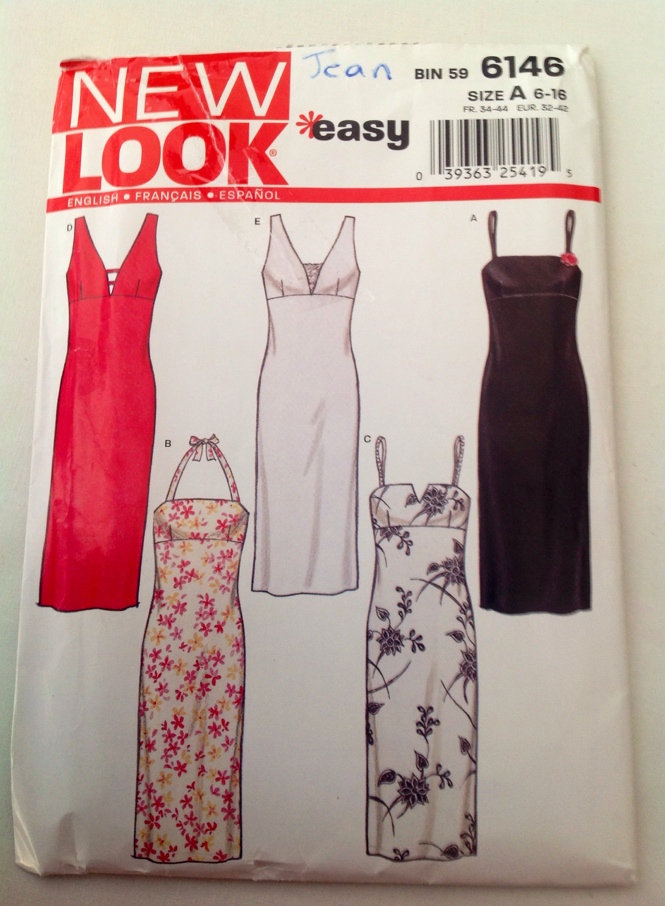 I think its so fab that I’ve discovered the joy of tracing and sharing patterns!!

My dress for the races needed to be a simple make as I only had about 4 hours to complete it.

I decided to sew the back and front completely except for the facings, then baste the sides, adjusted the fit then finished off.

The pattern only went to a size 16 which is ok for the waist and hips, but I have the broadest back ever and usually am 2 sizes bigger on top.  As the pattern called for a non-stretch fabric I decided to risk it, afterall I had a back up plan, the Vogue 1353. 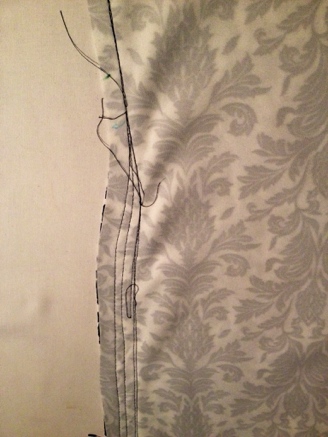 I had 3 sewing lines before I was happy with the fit on the hips. I didn’t leave it like this, I tidied the seams with my overlocker.

I chose some black crepe for under the bust panel seams, I wanted to add some turquoise ric rac but I found it too fiddly.     I wanted to wear my turquoise shoes which I struggle to find an outfit to match.  So far I’ve only worn them once and that was to an 80’s fancy dress night.  Really!!! what does that say about my taste!!?? 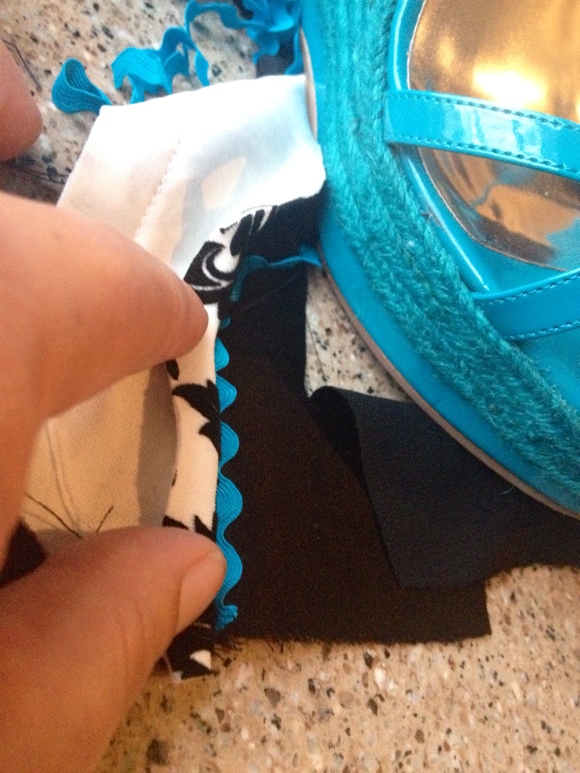 The ric rac was pushed aside and soon the frock was finished.  I found I could get it on without unfastening the zip.  I also found it could do with taking in a little more.

Bring on super hidden invisible zip! I didn’t have time to unpick it so I stitched it into the seam and brought the back in. 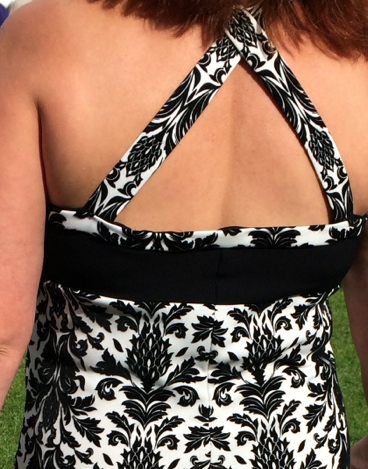 Can you see the excess fabric in the back? Is a sway back adjustment needed?  I’ve heard about them in other blogs but not given them much thought until I made this. Once I’d hidden the zip the top of the frock at the CB seam looked a bit untidy so I added the black and white trim.  This really looked so much better, I was glad I’d hidden the zip and ended up with the dodgy CB seam else I wouldn’t have done this.

So, the finished frock…………in action at the races….My horse came first, here I was dashing to the bookies to collect my winnings! 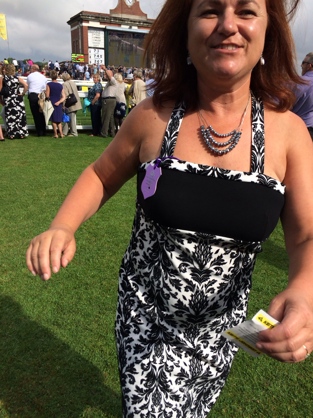 Great camera angle, I almost look skinny! Must try and reconstruct that pose in future posts! (but not the facial expression!) 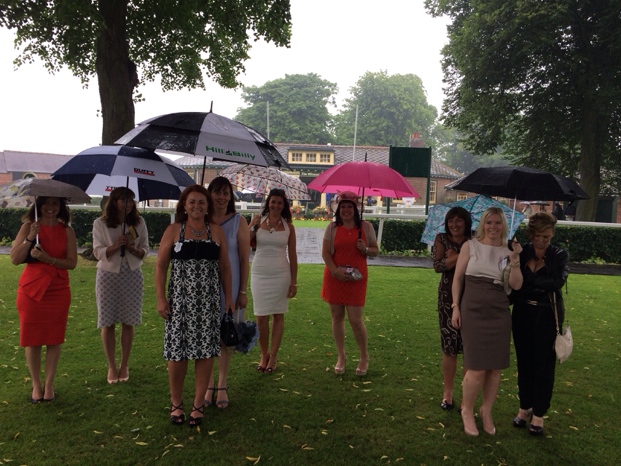 The Bell ringer announced the start of the race and they were off!

(this was actually a different race but thought the picture could fit in with the story!) 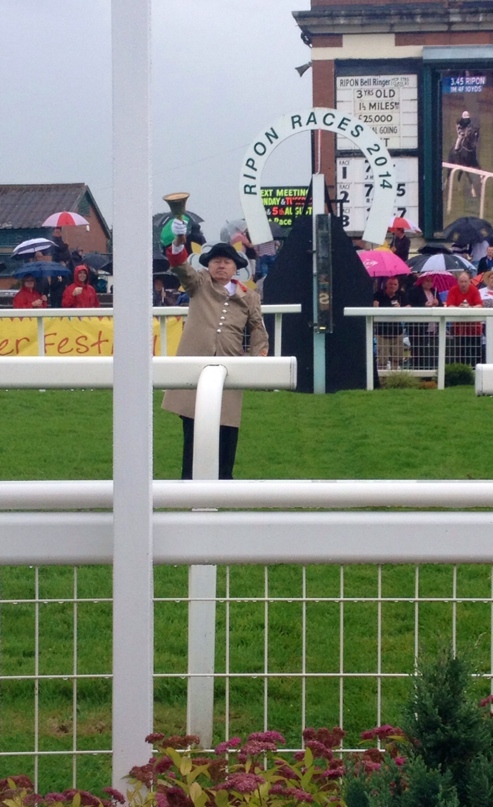 We had a great day! The sun shone intermittently and spirits were high.  I left home with more money that I came with, thanks to this little beauty……! 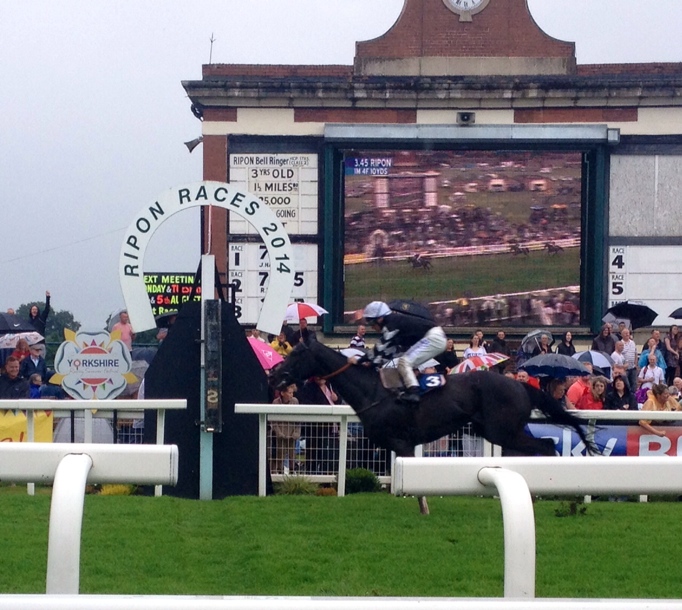 well, it wasn’t just this one. I had 4 winners on the day and came home £20 richer! Just think of the fabric I could buy!

Most of my photos were post rain, avec frizz.  I also had a self conscious photographer!  So here’s the official photo shoot at Ripon Races: 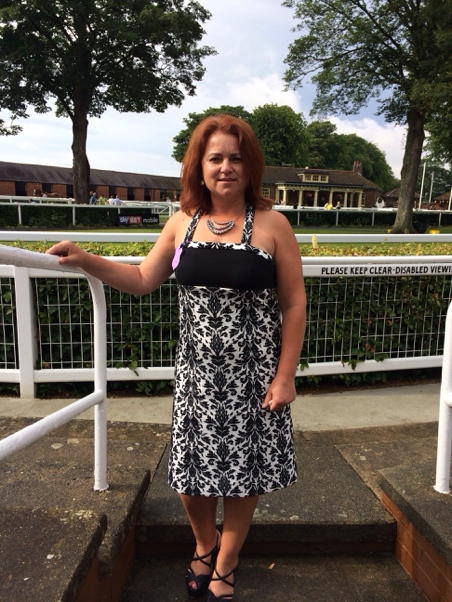 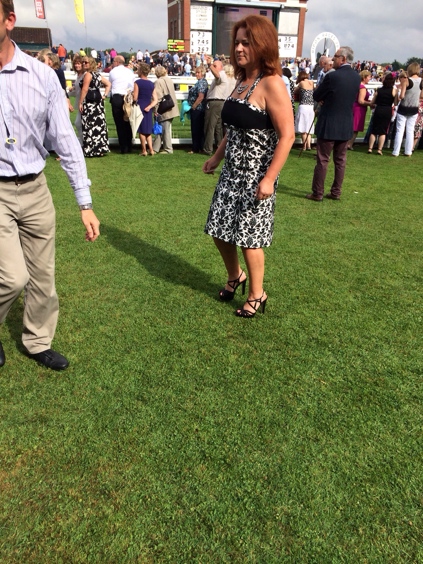 on no!! whats happening here? This was supposed to be a side view. Don’t think I was quite ready! Check out the lady in the black and white frock in the back ground. Does anyone recognise her? She may be a fellow monthly stitch contributor! 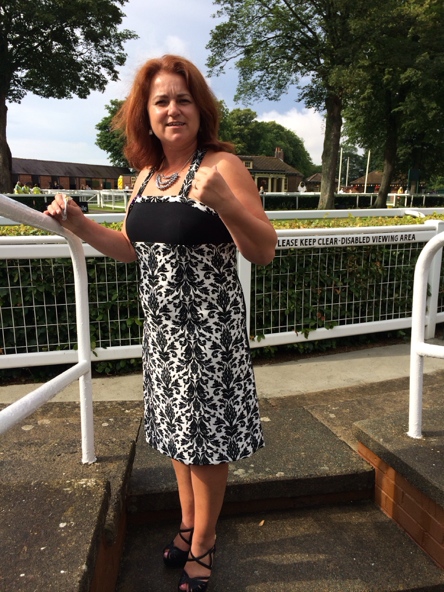 Tho I wasn’t shaking my fist at the photographer,  I really have no idea what I was doing! 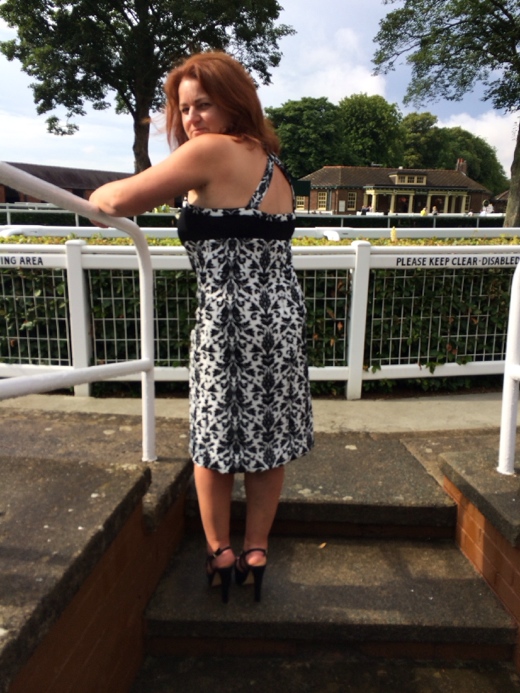 cheeky little over the shoulder pose, being out of focus helps to soften the look, and the frizzy hair! 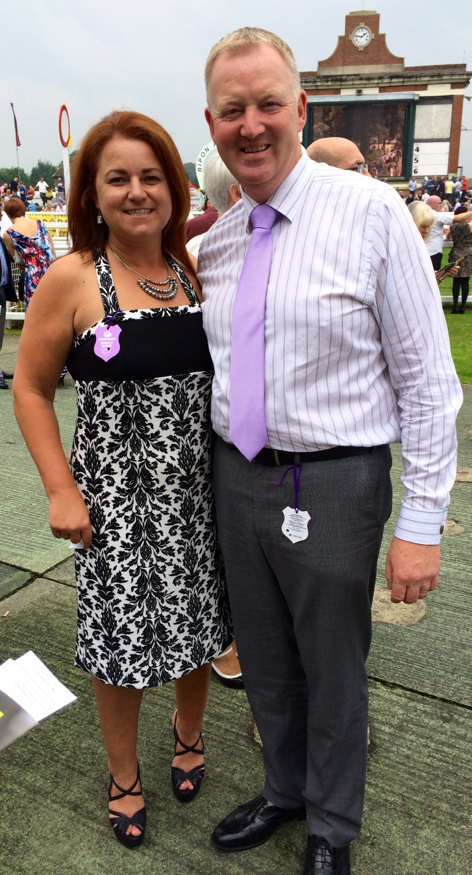 I think this is the best photo of the day.  We asked some random passer by to take the photo! Might try and borrow a stranger for future blog photo shoots!

Is is just me who struggles to get decent pix for their blog!!

I spend hours on a project but then showcase them on my blog with photos taken in a mad rush in the back garden, usually with no make up and a bad hair day!!