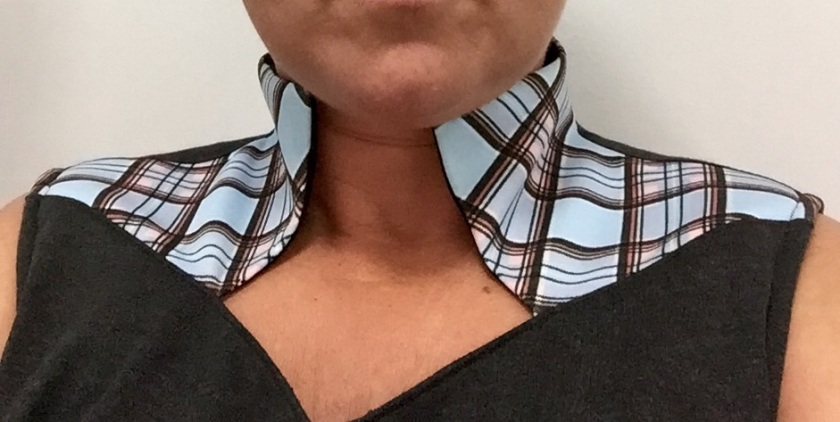 I spotted this pattern a month ago and immediately thought “golf!”  I’d been on the look out for a  top with a collar that was a little different from the usual polo style top that golfers wear.  Not just because I wanted to be different, I’m a tad scared of plackets!

This pattern was marked as easy, so although the collar didn’t look too straight forward, I thought it would be easier that the dreaded placket.

I chose to make the sleeveless version as I didn’t have enough fabric to make one with sleeves.  I was either going to use a grey ponte knit (leftover from my sisters coco) or a black viscose jersey (refashioned from an old top).  For the contrast I was using some leftovers from my scuba knit espresso leggings.

I wasn’t being a skin flint using the scraps – this was hopefully going to be a wearable muslin – according to the instructions I could alter the fit on the side seams if needed, and other than that it should fit!

I cut out the contrasting collar super carefully – I think fussy cut may be the right phrase here!  It would have been a disaster if each side wasn’t identical!

After cutting one side I made some notes on the pattern piece to help get the mirror image for the other side. I also took a photo with my phone with the pattern on top so I could check it was right before I cut it out.

I used the back viscose jersey for the wrong sides of the collar and the facings which made them less bulky. It all came together really easily, and was interesting too as I’ve never made anything with this type of collar before.

I used the back viscose jersey for the wrong sides of the collar and the facings which made them less bulky.  It all came together really easily, and was interesting too as I’ve never made anything with this type of collar before.

For the arm holes I just used a strip of the check scuba fabric and applied it like a facing.

I needed to trim away some of the excess bulk: 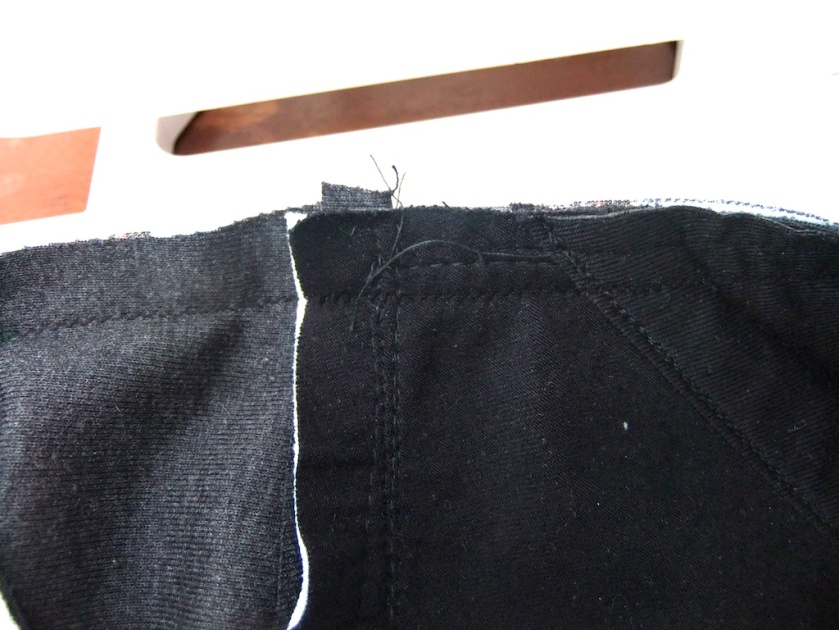 But then was able to flip it over and stitch without any pressing – this scuba doesn’t change one bit even after a good press!!  Well, except for melting I s’pose!

I was really excited when I woke up today!  It’s Tuesday and it was sunny! My new golfing attire was about to make it’s debut at the golf club!  But then it snowed.  It hailed.  And it blue a gale!

I was in a dilemma as to what to wear.  I really wanted to wear my new top, so I layered up and covered my lovely new top with a jumper and waterproof jacket!

I did manage some photos after the game (which I won!  we were playing out first round of the club knock out).

These are selfies taken in the locker room! 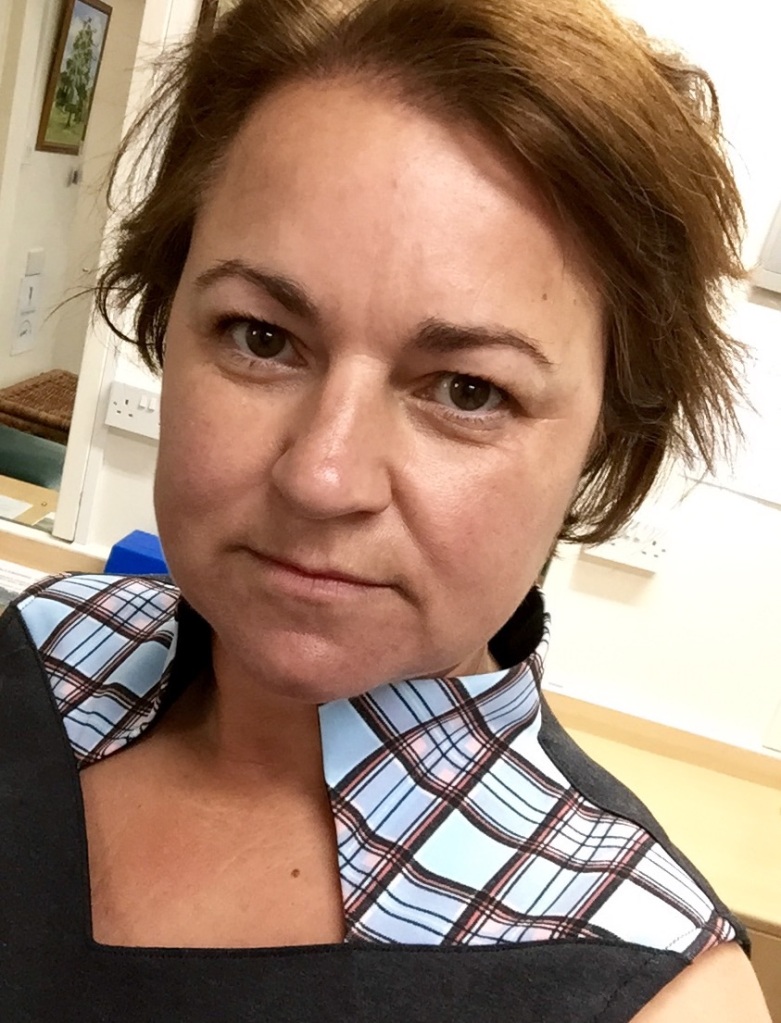 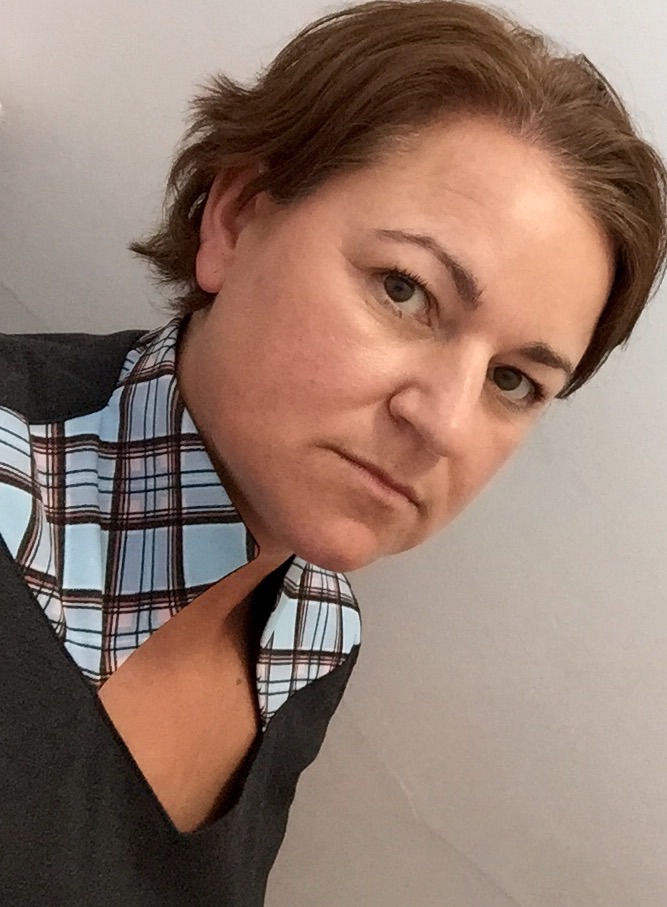 When end I left the club I called at my mums to collect H and a photo shoot  it was freezing outside.  Gorgeously sunny, but so so windy.  We retreated to the greenhouse – lots of light, scorching hot and no wind! 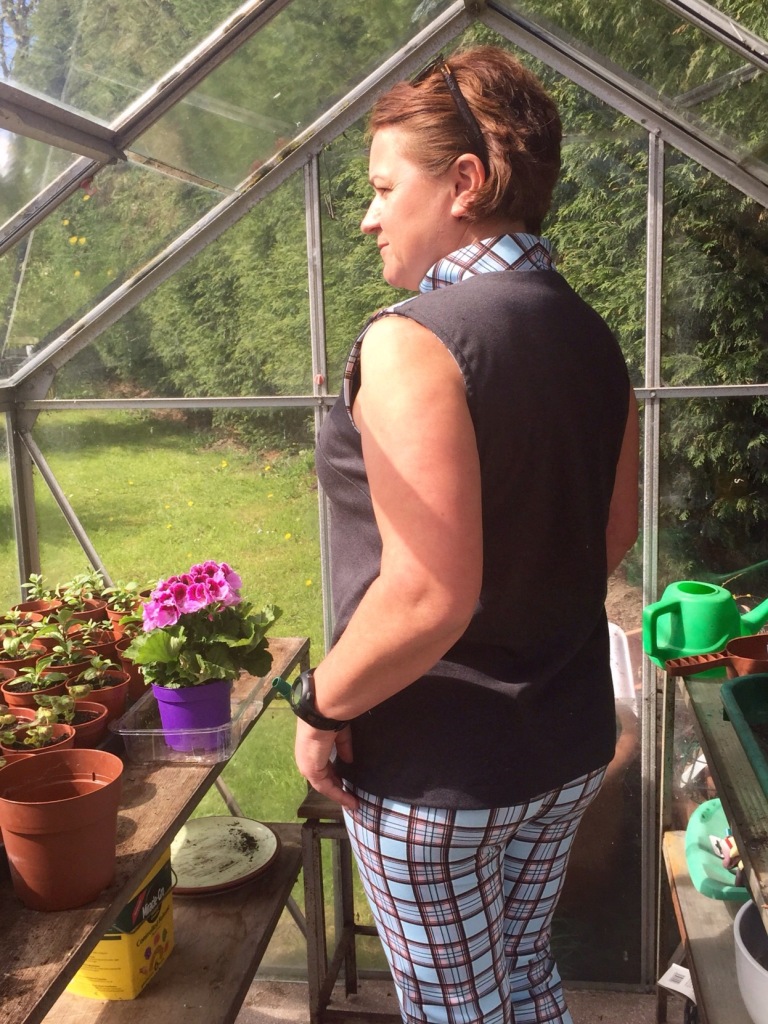 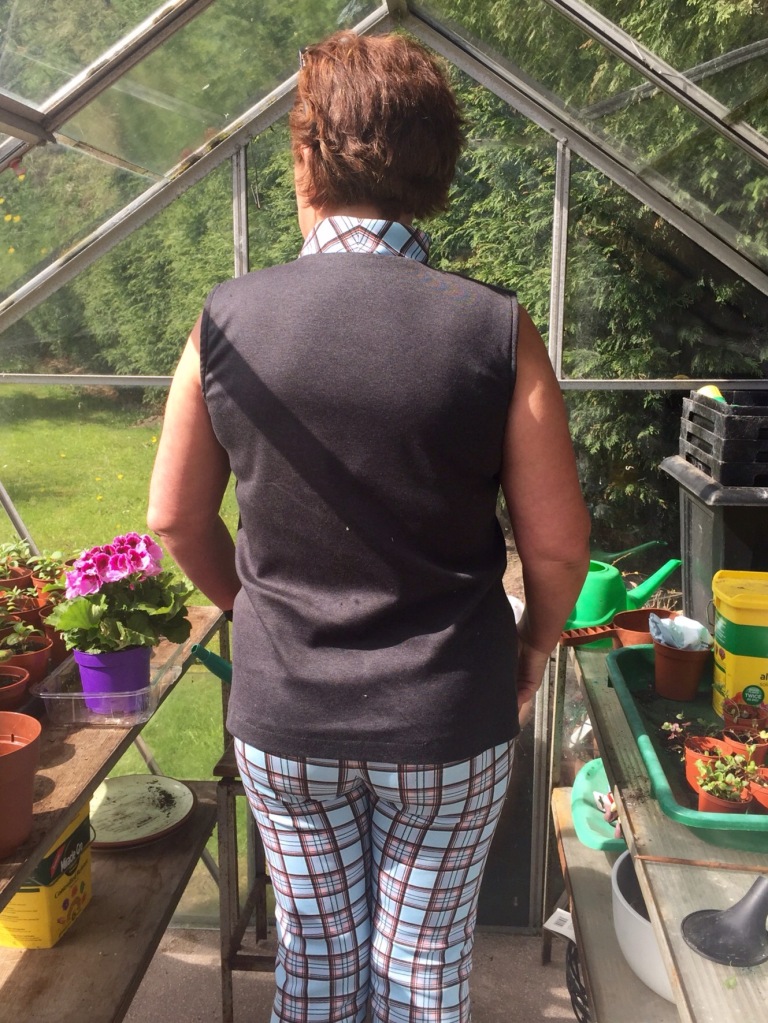 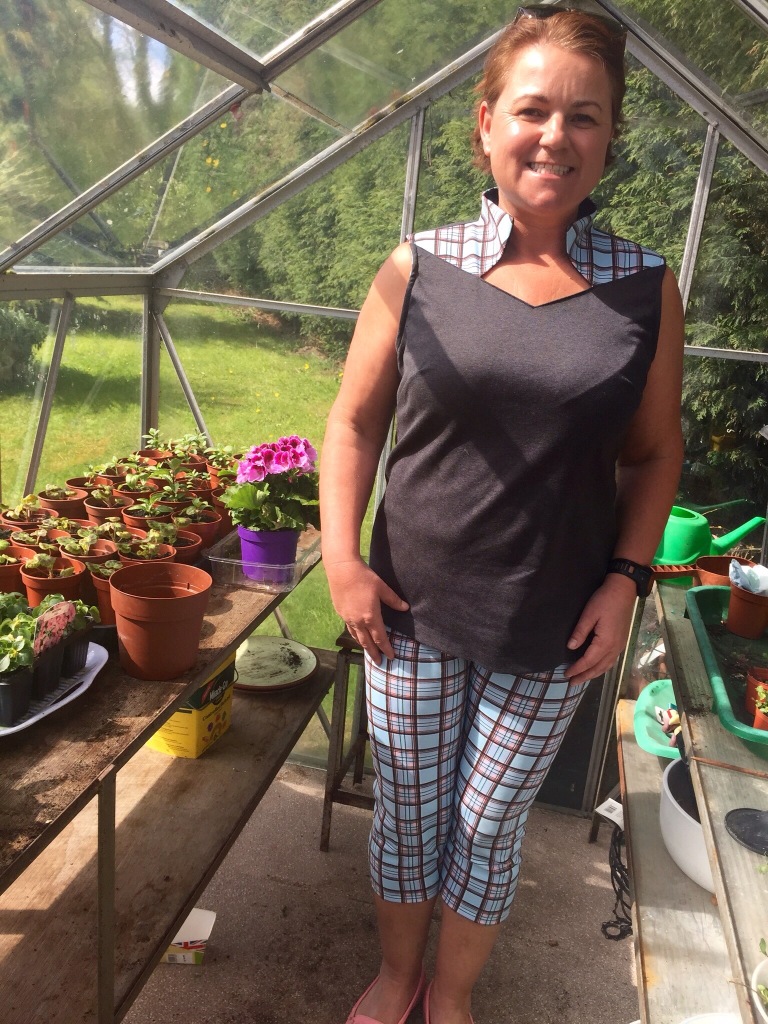 The last photo is almost full length – I’ve shorted my pants by about 6 inches.  They were neither long or short before!

I have a feeling there’ll be a few more 1429’s in my wardrobe before the year is out.  I’m definitely going to make at least one as a dress – I bet it would look cool with the new Morris blazer, which sort of just slipped into my basket whilst browsing the Grainline website today.  Ooops! Like quite a few off you out there it’s suddenly jumped right to the front if my sewing queue!