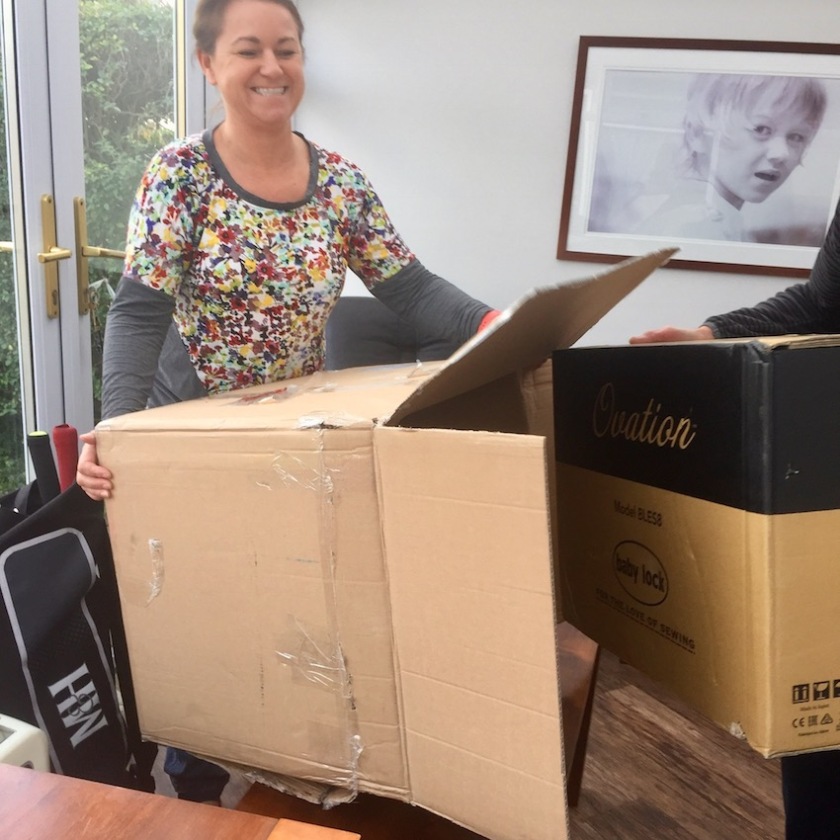 Can I just say a HUGE thanks to all of you who left comments on Part 1.  They were all invaluable in helping me come to a decision and the links and suggestions took me to some really useful sites.

The best write up about the Janome can my found on The Clothing Engineer’s Blog (Thanks Accordion3)  She bought the Janome after having a Babylock Evolve – a combination overlock/coverstitch machine for 9 years.  So she knows both makes.

In the middle of all the reading up I kept thinking back to when I first watched the You Tube video of the Ovation.  How much I dreamed of owning one, and how since I make  virtually all my own clothes I could justify buying one.  Especially sewing active wear for the gym, and leisure wear for golf, which are both ridiculously expensive to buy.

Thinking of golf, that lead to to think of  when I upgraded my first set of golf clubs.  My hubby bought me my first set – he really wanted me to get into it, so he could play more!  The set I bought were a reasonable priced starter set.  A bit like buying an entry level Janome 2060 for £99.  After 2 years my handicap was 17 (I’d gotten quite good!), and I’d outgrown my starter set.  I really wanted some Pings (the sewing machine equivalent of say a memory craft horizon!), but they were about £500, so instead I bought some others which were cheaper, but slightly better than my starter set.

I was always disappointed and within a year traded them in for the Custom Fit Pings that I’d always wanted.  16 years on I’m still playing with the Pings and have had no need, or desire, to change them!  So that was money definitely well spent!

All this thinking and research frazzled my brain somewhat.  So I emailed Lucy from Sew Essential with   lots of questions about different machines.  She told me I needed to speak to her MIL Angela who was the machine Guru.  So I rang her and she was brilliant.  After a lengthy conversation my brain was unfrazzled, and my bank balance quite a lot lighter.   I ordered the Ovation!

It’s coming today, but I’m playing golf so it’s being delivered to my mum’s.  I really don’t think I’m going to be able to concentrate!  I don’t think I’ll be stopping for egg and chips afterwards.

Fast forward 9 hours to now.  I received a text from cyber mom just before I was about to set off to golf to say my machine had arrived!    Golf cancelled – friends ok about it, especially as one is a fellow Spoolette.

Dad brought me up my special delivery up and helped me unpack it!

I’ve played all day and now I’m having to leave it to go the Box 45.  My golfing/gym buddy Sue won’t let me skip both!!

I’ll be back soon to let you know how we’re getting on!