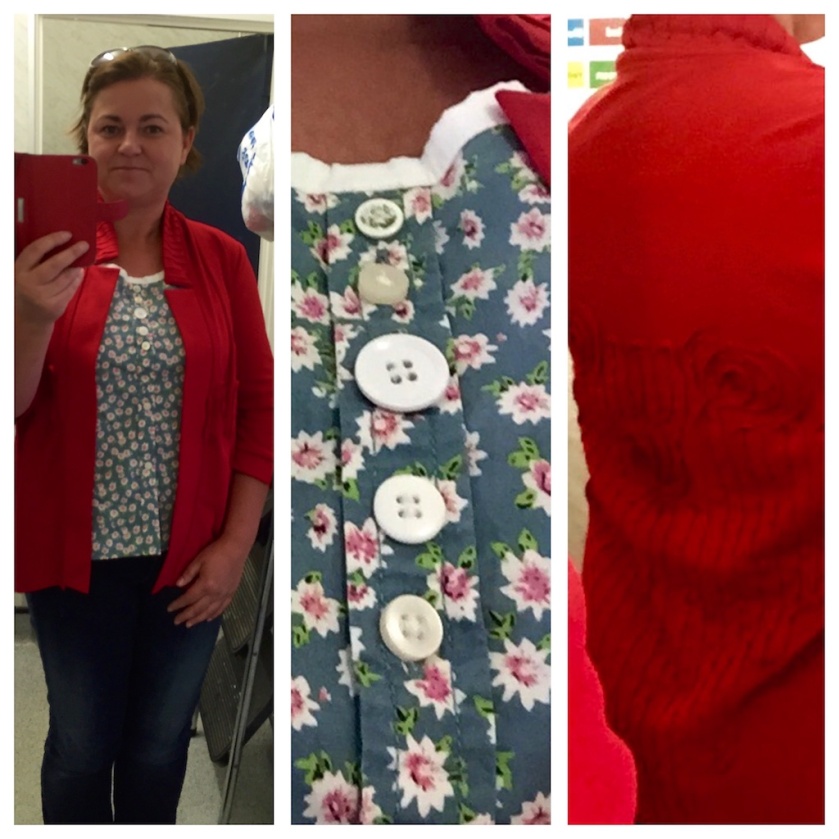 Crikey, I’d forgotten to write my final post for MMMAY15 with all the excitement of Jumping Into June!   So without further ado, and no more mentions of Jumpsuits (it’s only the 2nd – I hope you’re not sick of them already!) here’s my last few days of MMMAY2015.

A work day, but wasn’t starting until 12 noon.  So was able to wear my me made clothes before i had to swap them for my uniform.

I wore my Victoria Blazer over a Sorbetto with RTW jeans.  This jacket is just the best!  It’s a bit like my Morris, in that i can throw it over anything and it looks good.  It was really cheap fabric at £2 a yard, and with how it’s worn over the last year it shows.  It’s gone a bit bobbly so I don’t wear it as much, as I want it to last forever!

Cricket!  For a change!  I dressed for it being nice weather, but 2 hours into the game I changed into my jeans.  Prior to changing I wore a denim Yasmin Yoke skirt and a stripy Coco.  On the back of my chair you might just be able to make out my Colette Albion – it did get worn when the temperature dropped!  Also on the back of the chair is a blanket I knitted last year, specifically for cricket – not sure why I never blogged it.

And look at that cheeky duck!  I never fed it but it didn’t give up wanting my vanilla slice! 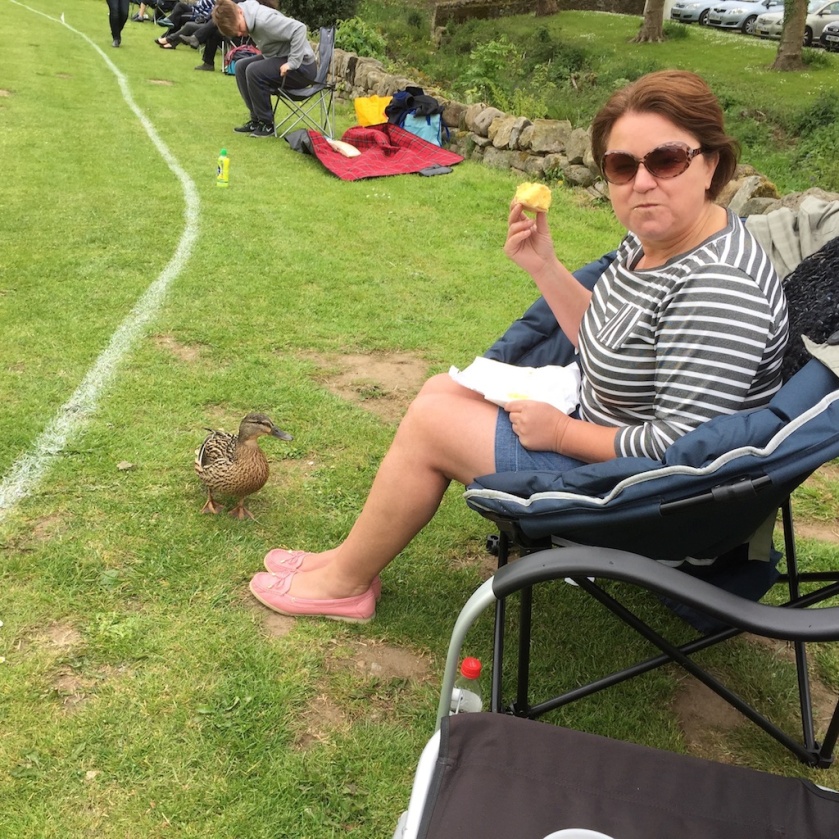 A lazy day at home, so didn’t get dressed until later when we went for a bike ride……. to the KFC!!  It was nearly a healthy ride!

Out came the Renfrew I wore earlier in the month.  I don’t have anything else me made yet for bike rides, so it was either this or a frock!

I wore my first Coco.   A plain black ponte that is passed it’s best due to bobbling, but looks ok from a distance!  I wore it with my favourite jeggings, luckily i noticed they needed some TLC before I wore them.   It’s a wonder how I escaped a serious wardrobe malfunction – due to excess wear the seams were at breaking point!  I sewed another seam about 1/4 ” from the original then topstitched for extra strength.  Here’s the fix, before and after:

It was almost a full split!  Front, back and inner thighs!

Excuse wires!! Still not quite finished the lounge off!

I nipped out shopping in the morning, but the rest of the day was spent mostly in my dressing gown as I was sewing.  When I was dressed I wore my new cowl neck Lekala but forgot to take a picture, so popped it on early next morning and H took one before I got properly dressed. He was still in bed!  Not the most flattering photo – would rather have the camera above than below! 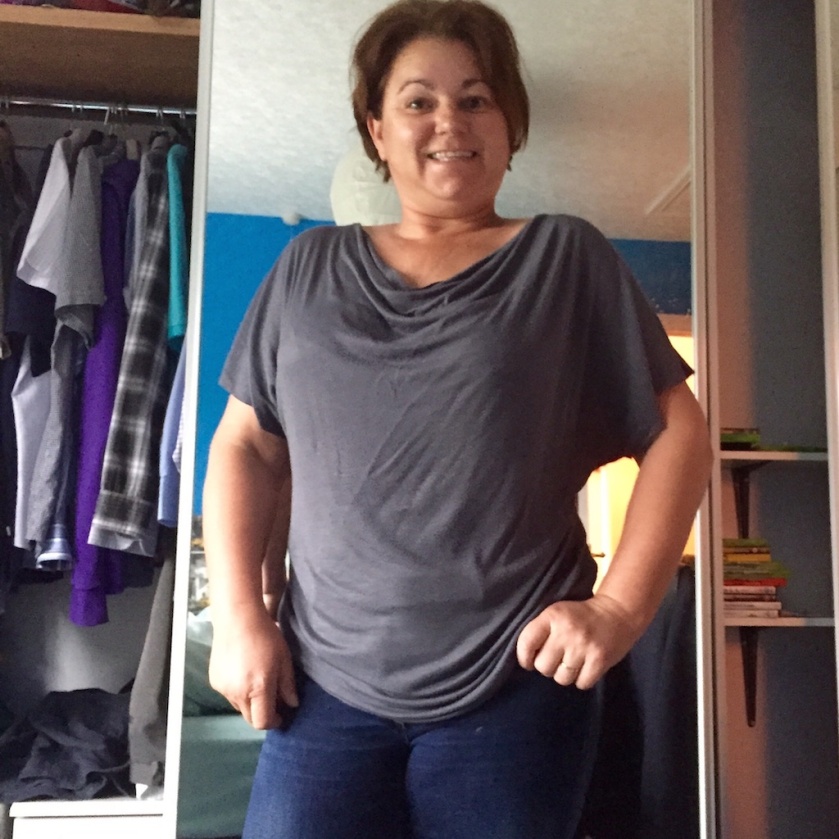 We had an early start as H had his final trials for Yorkshire cricket.  We had a nervous few hours to kill, so in the morning we had a walk around York.  I wore my Candy Cowl Top, my Oslo Cardigan and my Colette Albion.

Are you sad it’s all over? I am.  I’m still continuing to wear mostly me mades.  I’m not fasting again this  year – i.e. the RTW fast – but on the other hand I’ve only bought jeans and a waterproof jacket this year, so I sort of am.

I think my MMMAY shows I’ve lots of choice in tops and get plenty of wear out of them and cardigans and jacket, but next year I hope I’ll have more bottoms in my me-made wardrobe too!

I’ve loved my rookie year of me-made-made-May and hope that those of you who have just been on the side lines this year take the plunge next year.