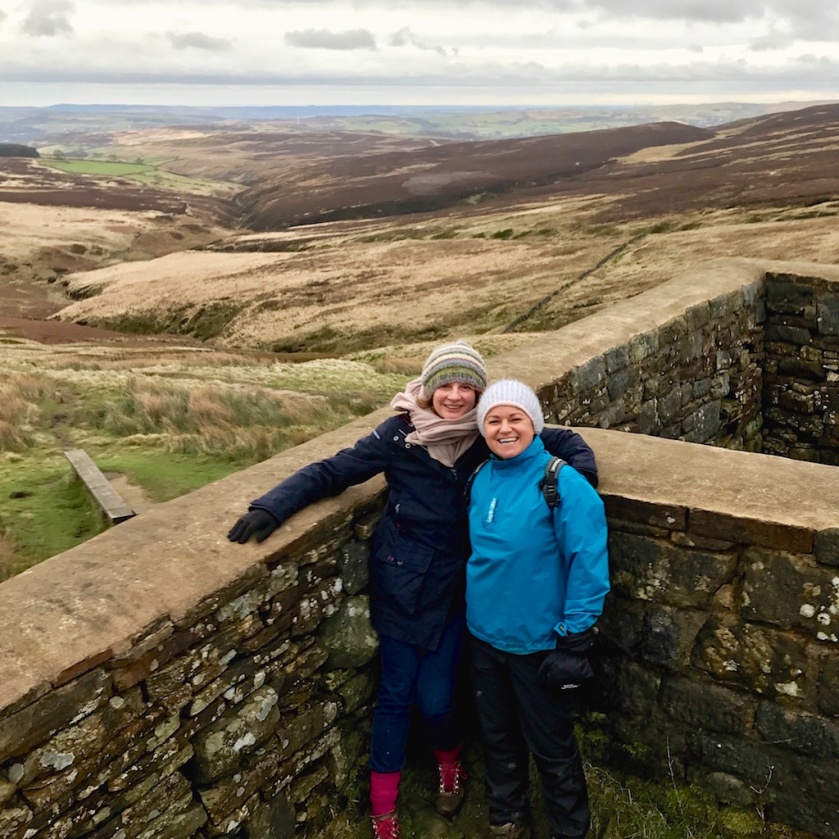 This week has all been about #sewdownsbury.  But I have managed a couple of other things.  Mainly work and healthy eating.

I had to drag myself away from my sewing machine for my 10am start on Monday.  Working shifts I don’t normally get Monday morning blues on a Monday but I did last week.  I wanted to stay home and finish my moneta!  Instead I put on a big smile and headed off!

I stopped at Tesco on my way home and picked some whoopsed flowers….60p!!

They’ve perked up quite nicely since I took this photo over a week ago and are still going strong. 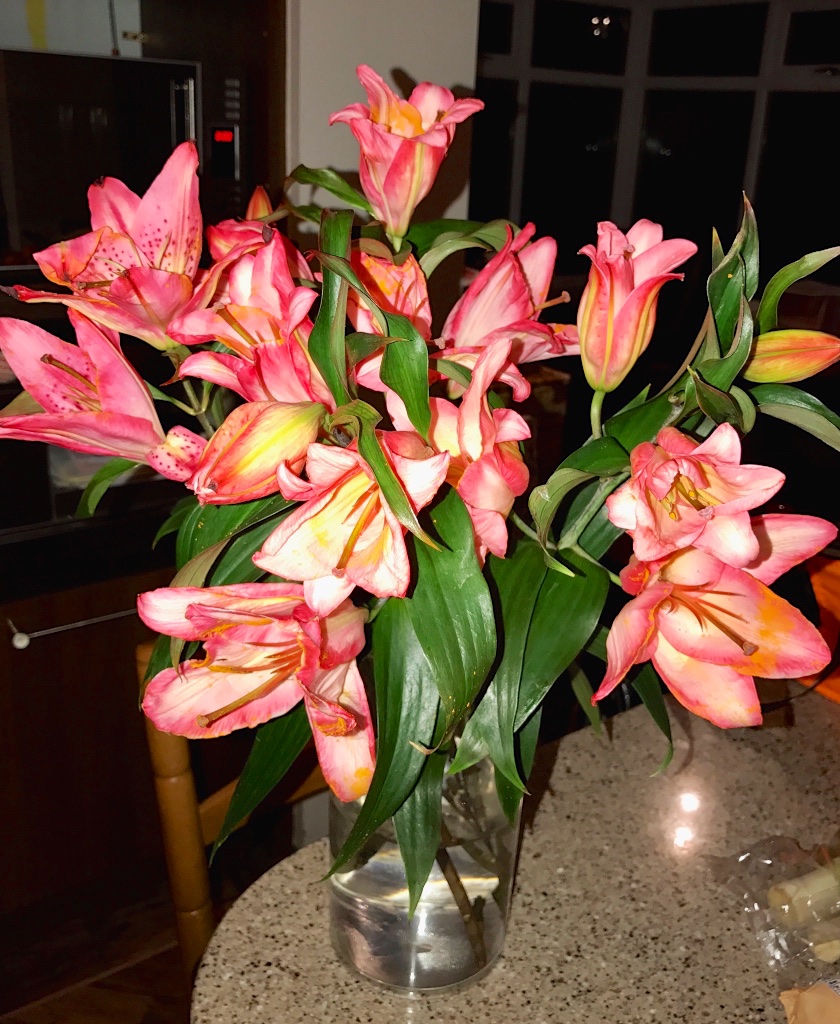 2 night shifts followed my 2 late shifts.  At 4 am as I was pulling out of the drive of a nursing home when I had my first sighting of daffies this year.

I was running out of time for getting things done so I had to take my name badge to embroider on Thursday night.  Luckily I got it finished.

My diet has been so healthy and I’ve been sticking to it religiously.  Kale, courgette and cauliflower soup ready to be whizzed up in the magi mix. 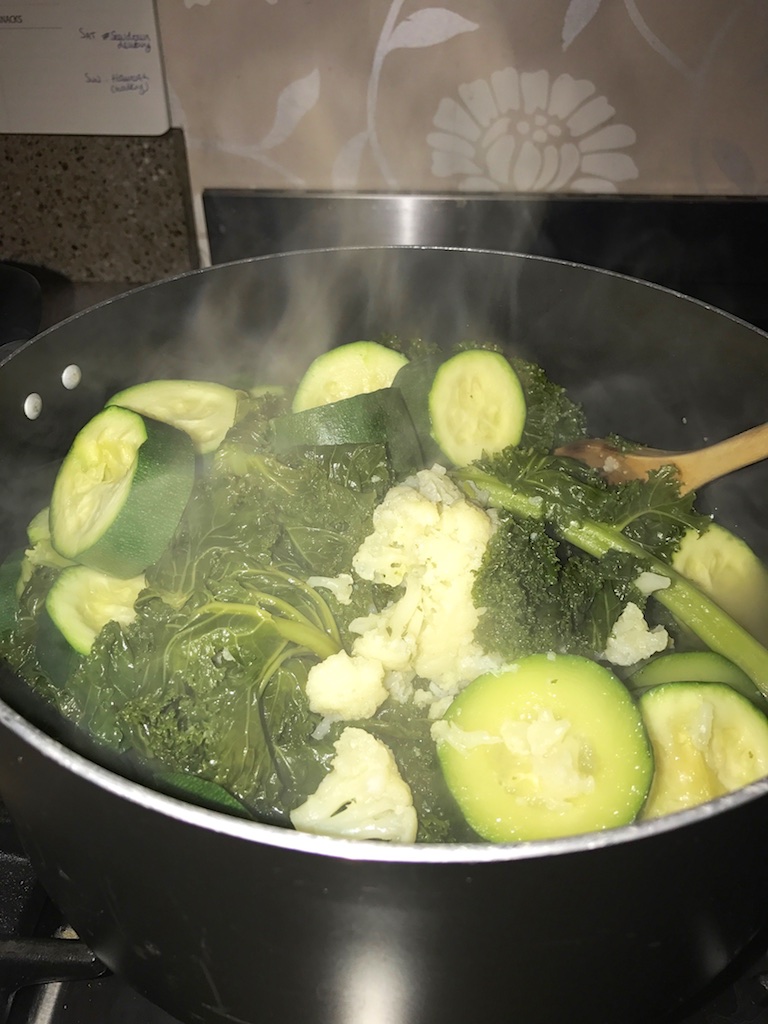 It was soooo tasty, not quite in the same league as a vanilla slice, but tasty none the less.

Lunch at Weatherspoons at Sewdowndewsbury….. whilst everyone else was tucking in to chips and onion rings…..I had a healthy pasta dish. 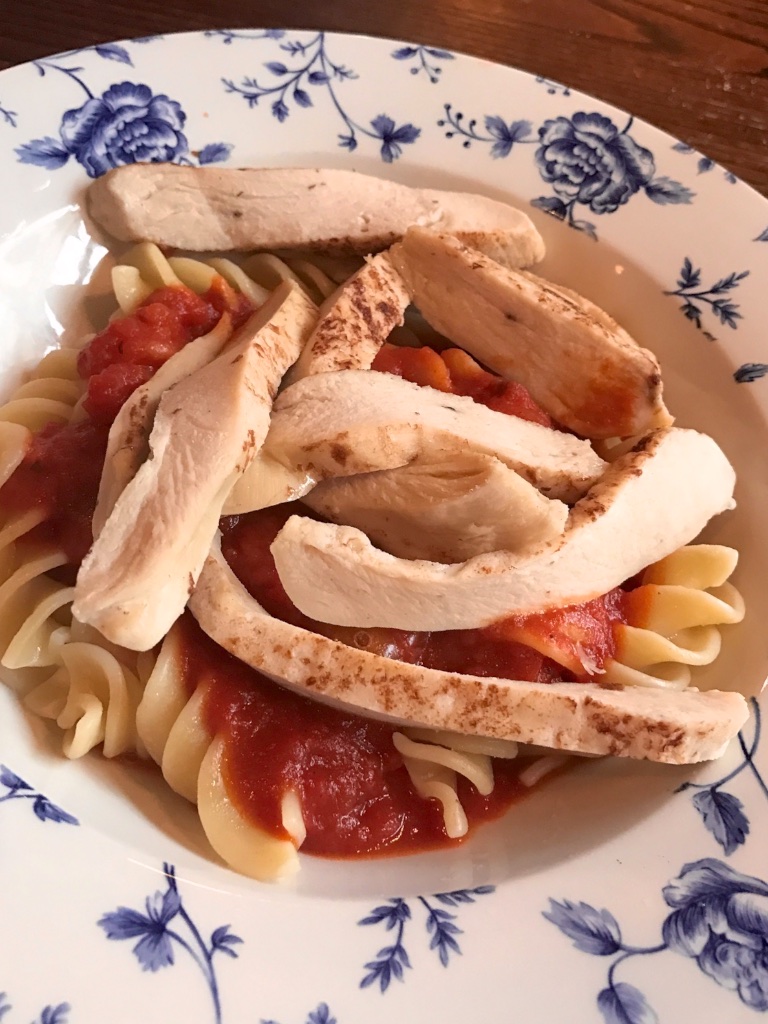 Saturday was just the best day ever, but Sunday really wasn’t far behind.

If you remember, Chris came over for the meet up from Germany.    She stayed in Haworth on the Saturday night so on Sunday I met up with her and my pal from work and we walked to Top Withins.  Brian was brought up in the area and has walked round here all his life so there was no chance of us getting lost.  When he was a boy he said tourists would ask them for  directions but they always send them the wrong way! How naughty! 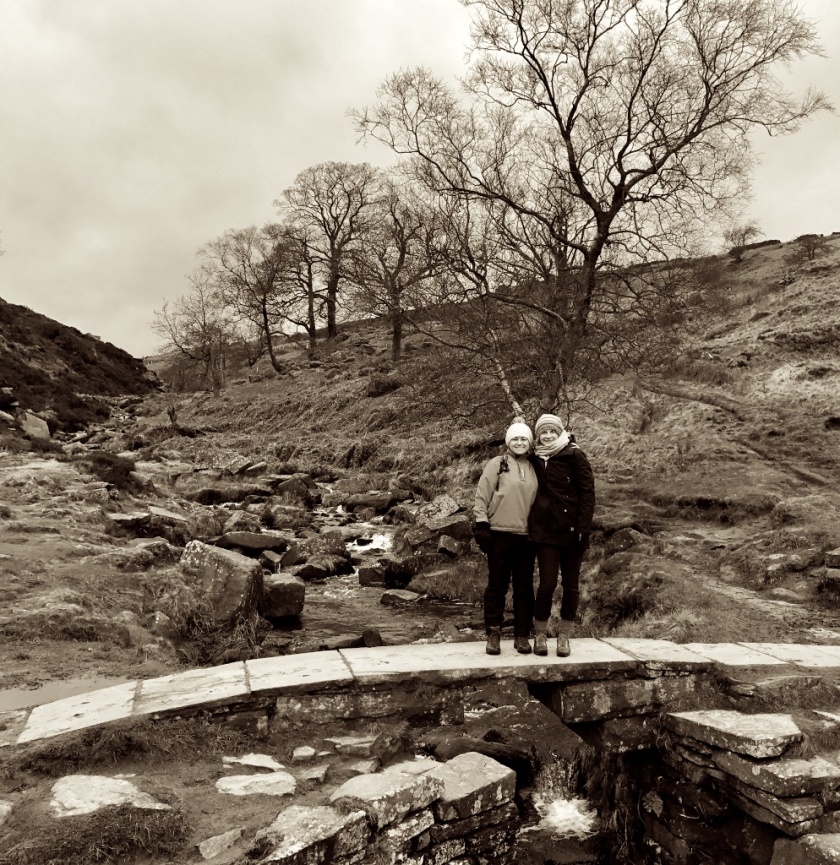 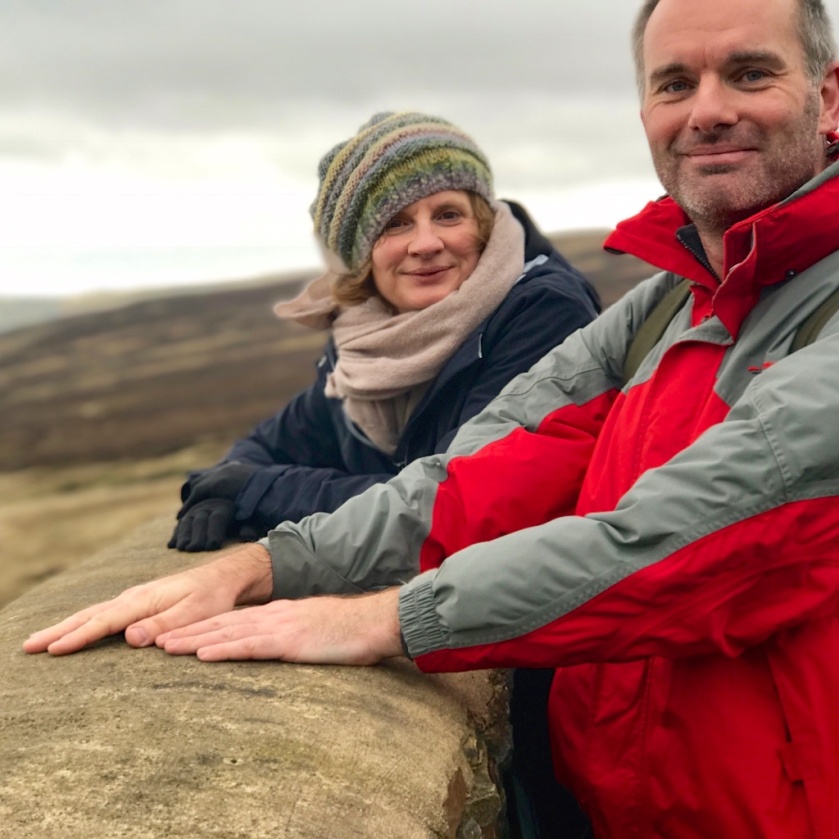 Obligatory stop at the pub for beer and food! 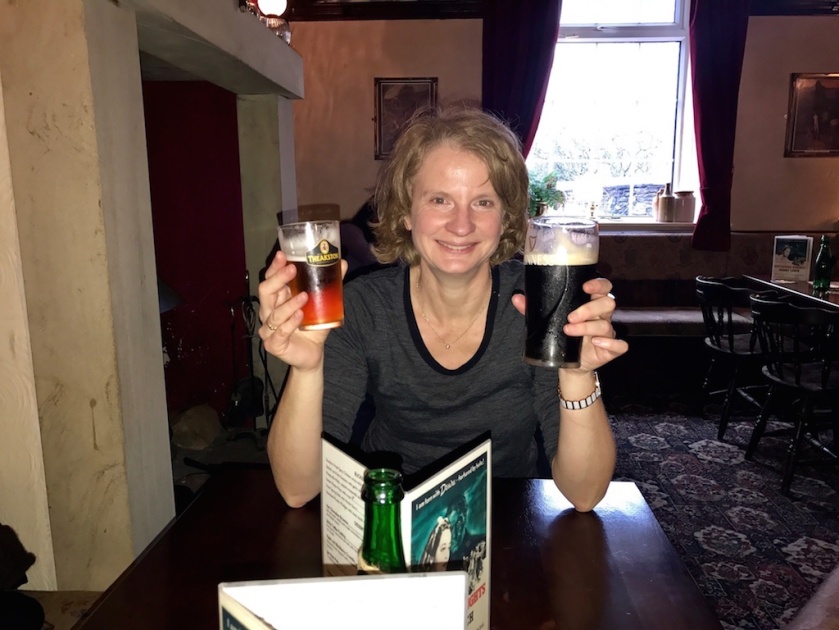 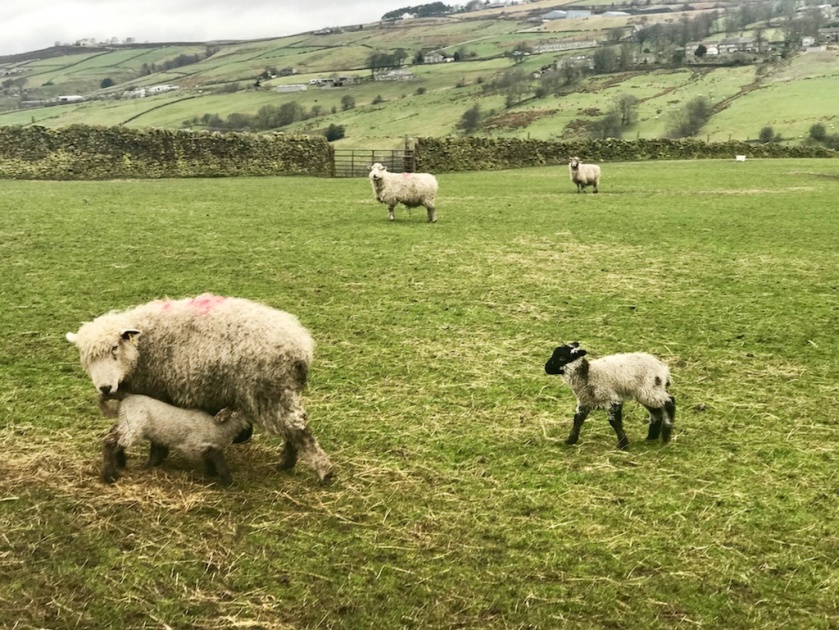 Until next time……come back soon Chris! 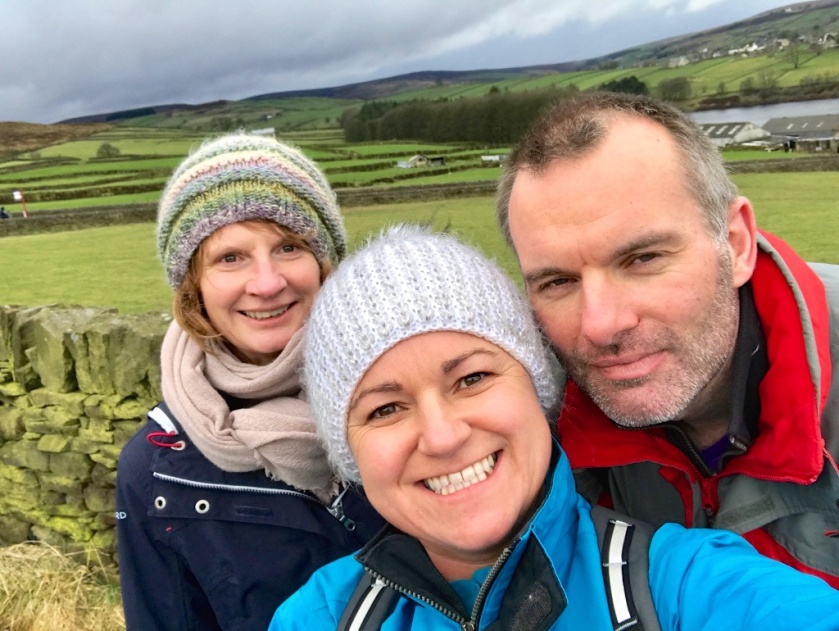 So all in all an amazing weekend!  What’s next?  Well me and Chris are cooking something up…… Jumping Into June – The Revival!   When we did it the first time 2 years ago Jumpsuits weren’t so on trend but they are now…..are you in??

The hubby’s joined in too but not going to class.  He’s lost 5 lb in his first week!!

Hope it doesn’t seem too weird not having any cake photos, but eventually I’ll be having the occasional treat but not yet, sorry!

Sunday Sevens – the brain child of the lovely Natalie from Threads and Bobbins.