It is Sunday but there’s not 7!  How could there be when it’s almost 3 months since I last wrote a Sunday Sevens post.  So I’ll just get on and try it keep the writing short and snappy.  Make sure you’ve eaten – there are a few food posts and they’re not all Slimming World!

Baby Moorhens on the golf golf.  They weren’t very willing subjects when I tried to photograph then, they couldn’t half shift!

Gorgeous meal after a team match at golf.  So healthy, not the usual pie and chips which we often get. 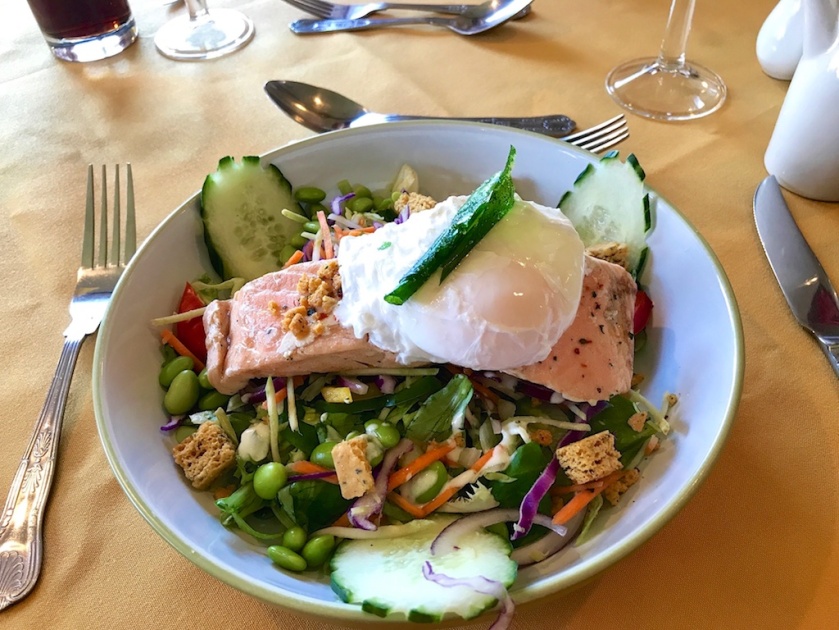 Followed by a not so healthy dessert 😻

An evening with H watching Yorkshire Cricket in a 20-20 game.

Rory being very cute and not minding having her photo taken.

Stormtroopers at our local shopping centre, whatever next!

Cold baked sweet potatoes, I just love ’em with everything! 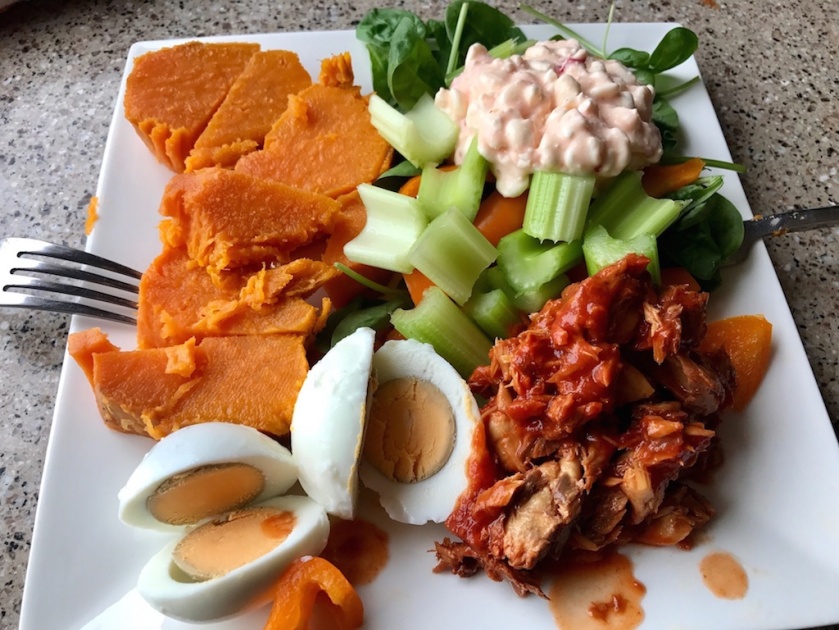 English Summers at their best 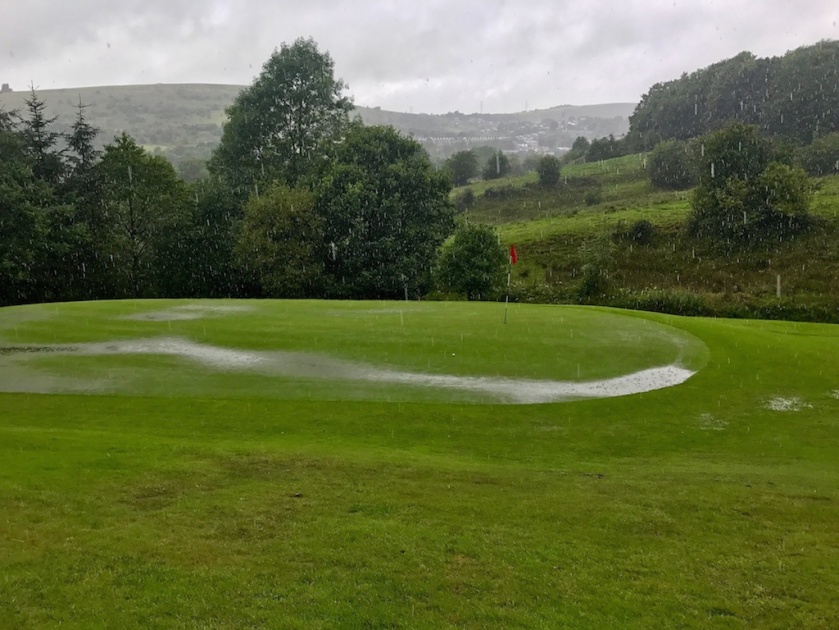 I’m not a fair weather golfer so battled on in the horrendous conditions.

An afternoon in Skipton…. I stumbled across Cool Crafting, I’d previously been to their shop in Kirby Lonsdale but this one is new and much bigger.  I took some more photos and will write a separate post….It really lives up to it’s name and is a really cool shop!

Delicious carrot cake in Shipton but I just had to complain. Nicely of course.  The pointy slice of the cake was missing but the waiter thought I was kidding when I said I wanted the rest of my cake. Maybe I shouldn’t have been so polite. 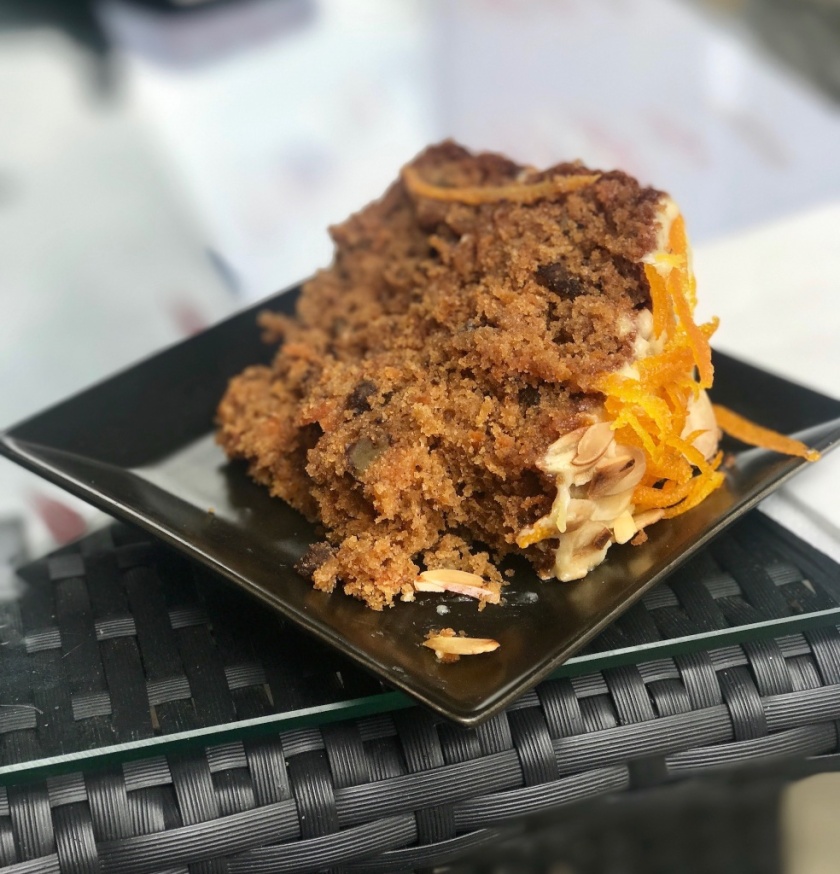 Another photo in Shipton – I took the lolly out just long enough for me to have my photo taken!

Doing what I do best, at least in the summer – watching H play cricket. 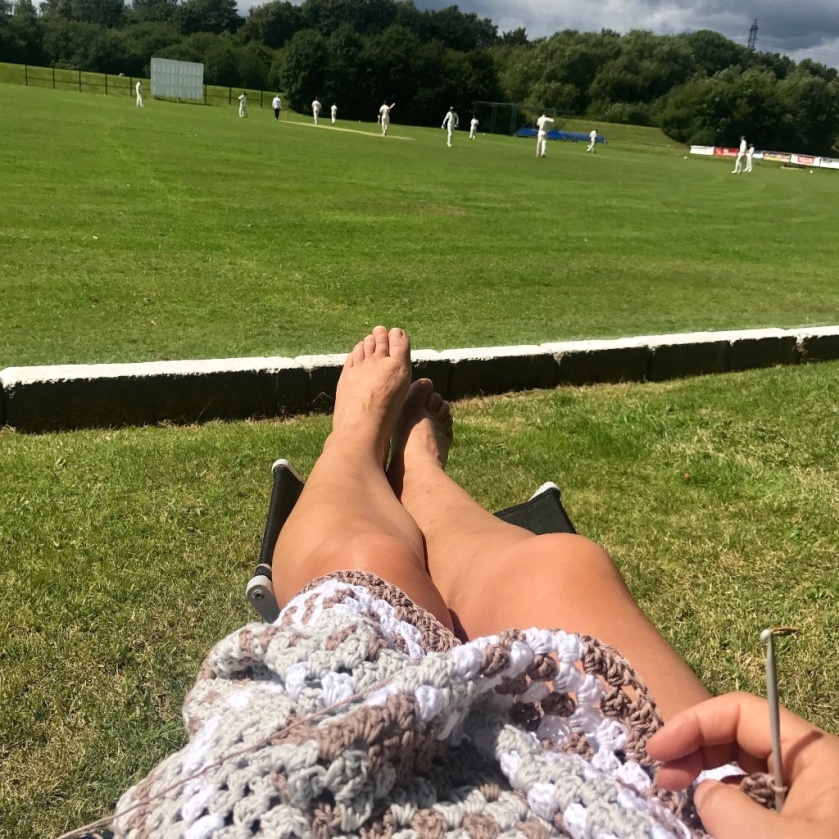 A different game – this was Harrison’s last ever under 15s game, and potentially last ever junior game.  I was a bit slow taking the pic though. 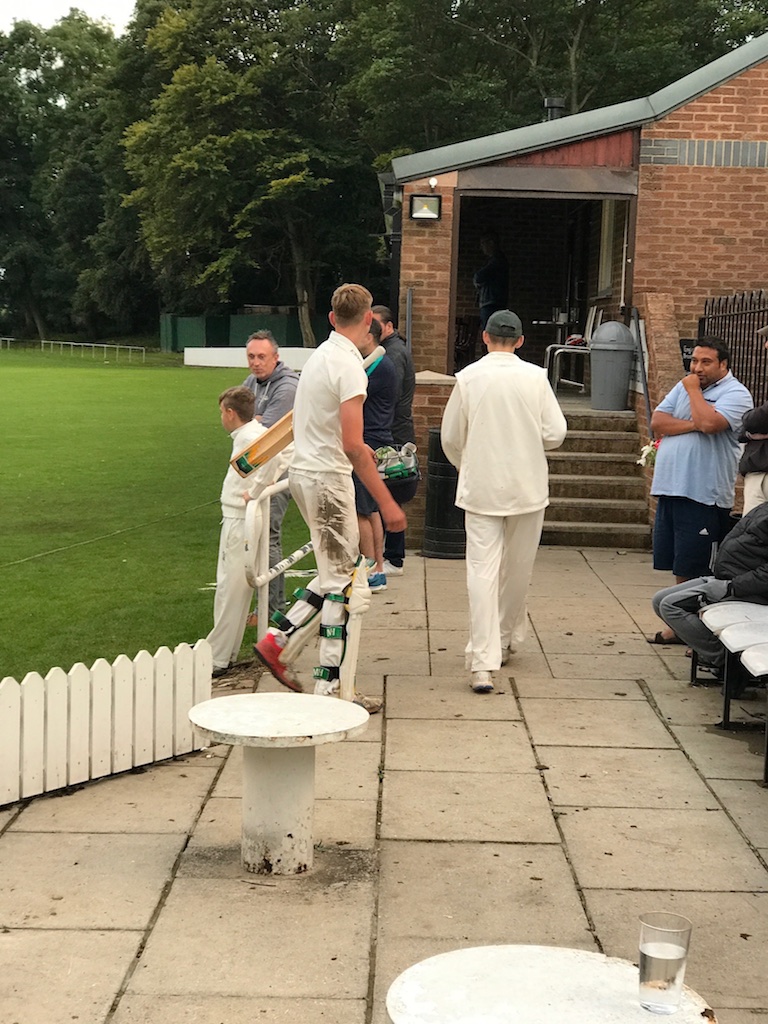 But he gave me a big cheesy grin once he’d gotten changed.  I’ve no idea who he gets that from! 😂

I resisted this cake at the golf club…..honest!!

I won the Mike Ingham Vase!  A beautiful crystal vase which I could’ve taken home, but daren’t so it’s in the trophy cabinet at the golf club.

Tidying up the back of my car at work!

This was in August on my way to work about 5.30am. 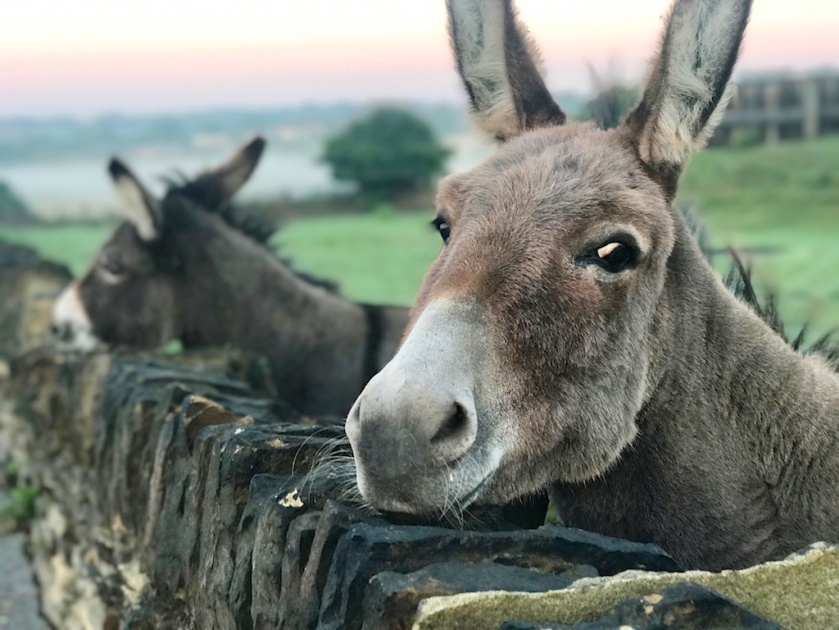 Also in August, and the highlight of this Sunday Sevens post – I went to Scarborough and met up with Rachel who came all the way from Malaysia (not just to see me!!) and Corrine, who lives in Scarborough.  I’ve met Corrine several times in the past but this was the first time I’d met Rachel – from Sew South London.  We had such a lovely afternoon, it’s amazing how you just know you’ll get on with certain people!

Another sewing pal, Bea, who I’ve now met in real life but hadn’t when I received this in the post…it never made my stash and was made up in no time!

My niece Lucy (remember Lucy’s lace?) is at Leeds Uni and popped over for the afternoon.

I made this mini quark cheesecake for a taster session at our Slimming World group.

Road trip – H’s girlfriend came camping with us for a few day (separate rooms of course!!)

We camped near St Austell at the same site as Cyber mom and dad were staying with their caravan.  As usual there were a lot of laughs, I can’t even remember what we were laughing at here!

In one of the villages they made use of an old phone box and it now home a defibrillator.

Our last night before we heading home.

Aw, love this pic of me and little H. It was the end of the season for the senior team he plays for and they won the league so we had one or 2 drinks to celebrate.

Sue and I at the races….before i took advantage of the all inclusive bar, wearing a speedy McCalls 6612

H shattered after a hard day at school, Nanny had given him a head massage and he was zonked out!

A little zipper pouch I made as a pressie 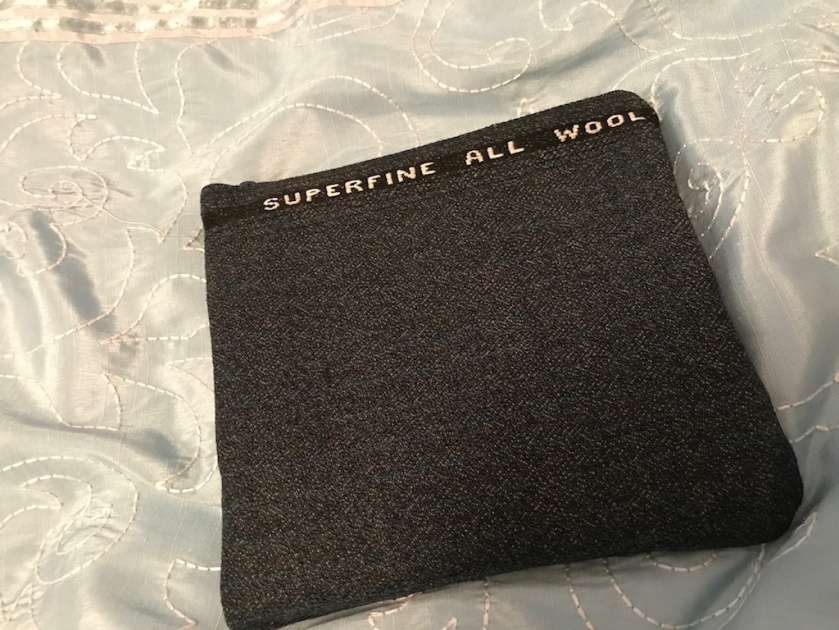 Last Saturday at a surprise 50th party.  We’re having quite a flurry of 50’s this last year or 2. 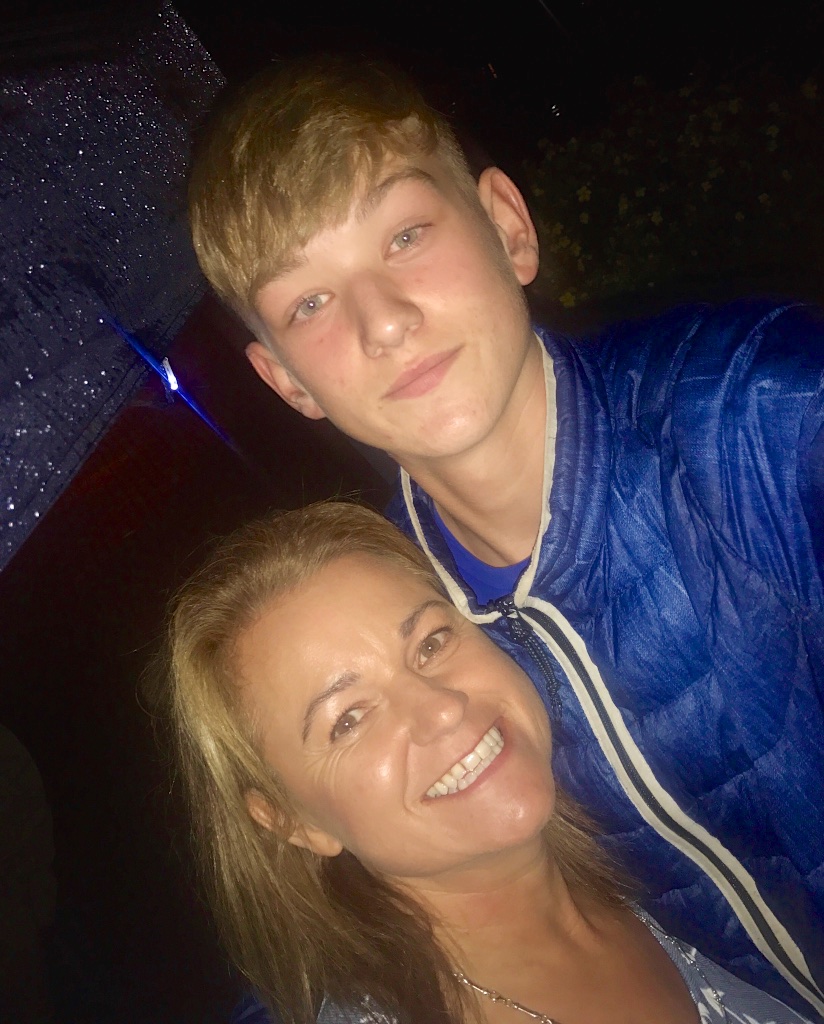 Another yummy pudding at the golf club that I resisted! Only because I’ve crept outside of my target weight at slimming world!

En route to see a sewing/golfing buddy last Tuesday night there was the most amazing sky. 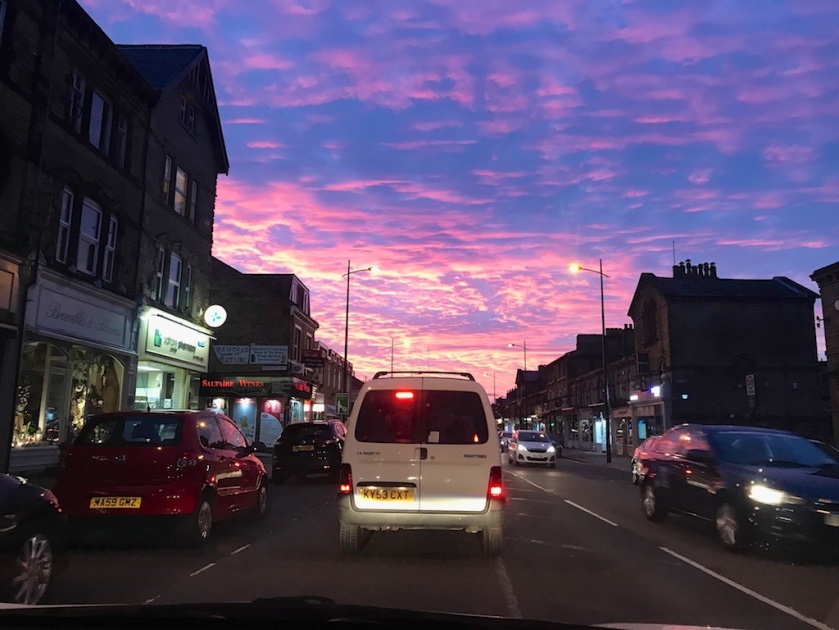 After a tour of her new Sewing Room we spent 3 hours chin-wagging in her hot tub.  Yup, I was like a shrivelled up prune! 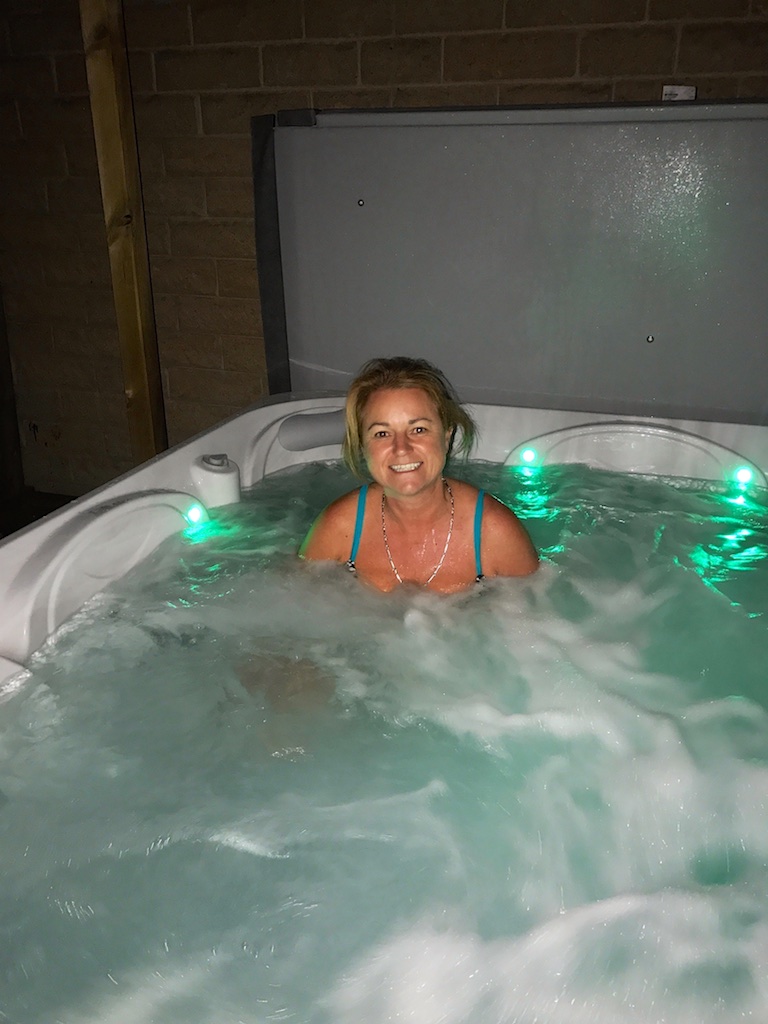 Friday I called into Brighouse.  There’s a charity shop, well, there’s loads, but one of them has a designer shop next door and I picked up this jacket in a ponte knit for £15 which I thought was a good price.

And this Betty Jackson full lined dress, also for £15.  I also picked up a black leather skirt for £12.50 but haven’t taken a photo yet. 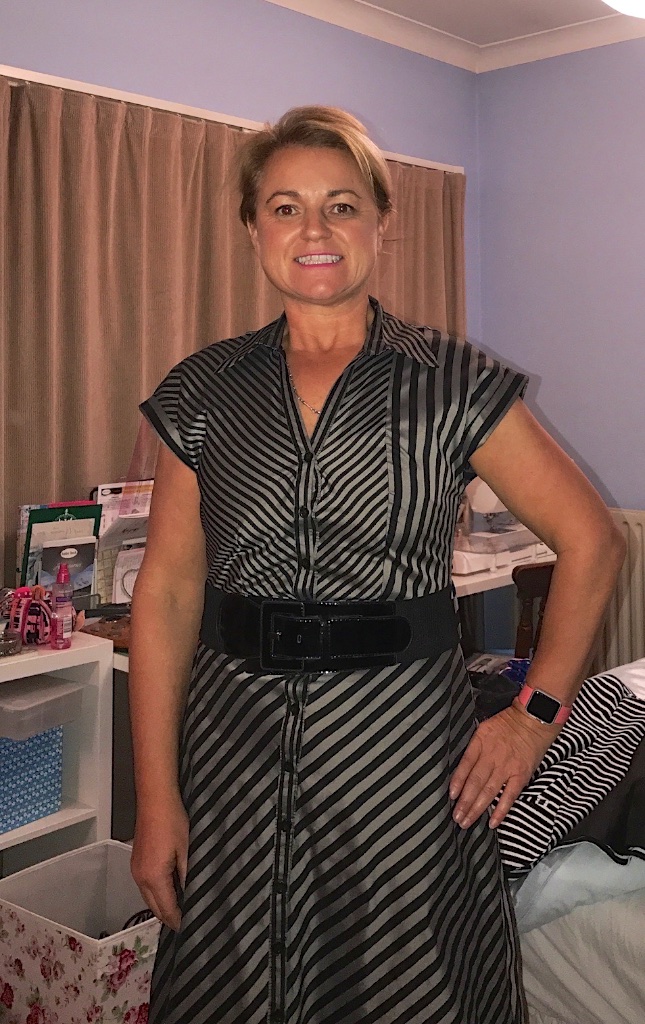 Friday afternoon I had a walk with cyber pops around Tong Village, this horse was oblivious to me taking it’s picture. 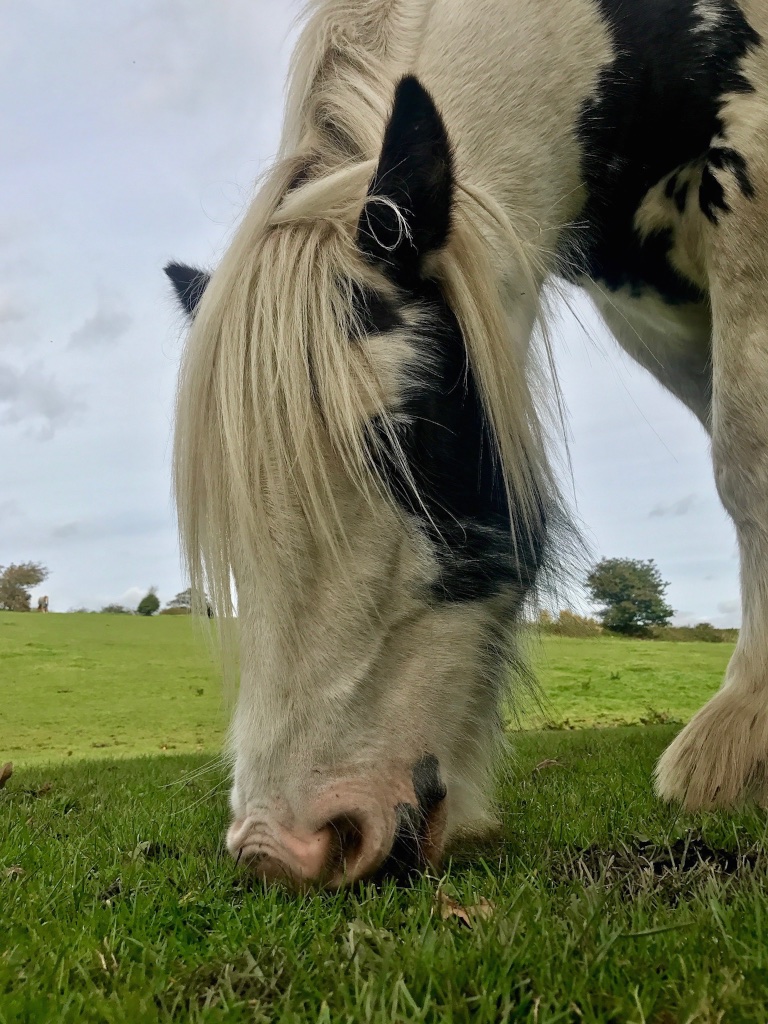 And these cows were gathered around a smouldering fire keeping warm.  If they got any closes they’d have been cooking! 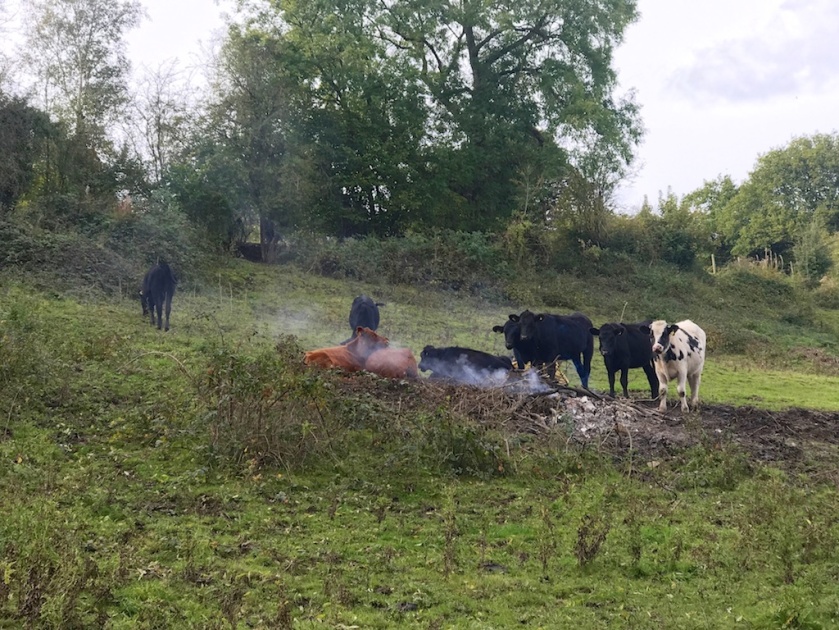 Yesterday my nephew took part in a promotion of Les Miserables which is at the Bradford Playhouse in November.   He’s playing the lead role!

Here’s the flyer if you’re local and would like to go see it.  Click HERE for more details and for tickets. They’re only £10 each and if any of their previous performances are anything to go by it will be fantastic. 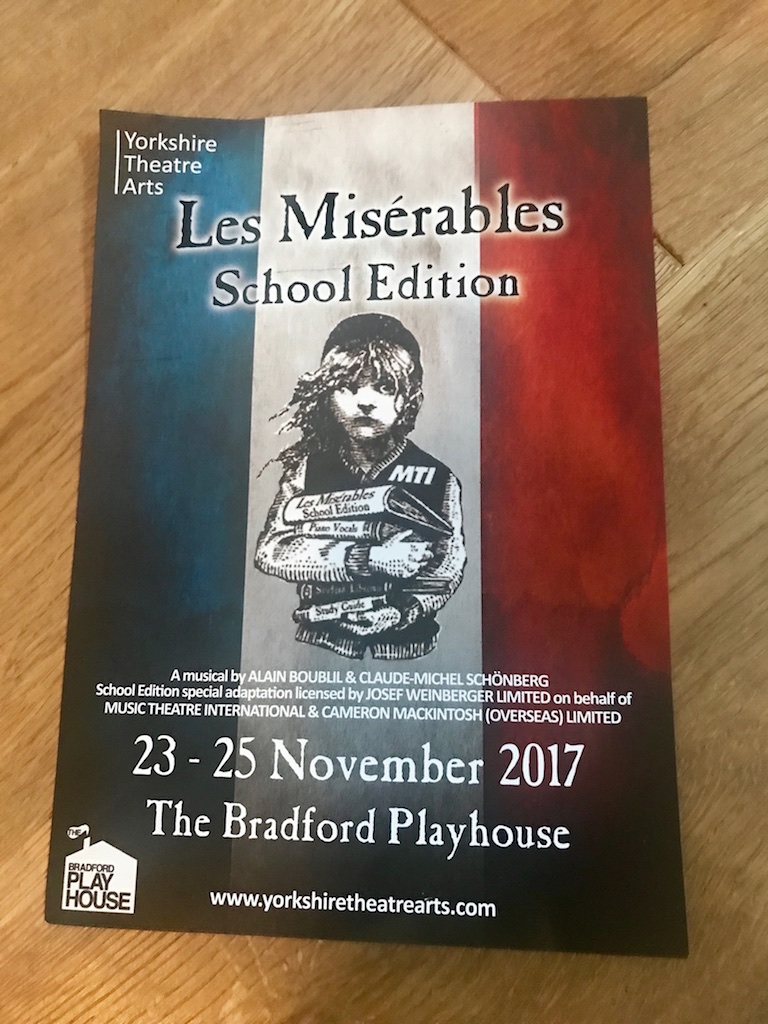 Today H played football in Hebden Bridge.  I called into the train station to use their facilities and just had to snap a photo of the olde worlde station. 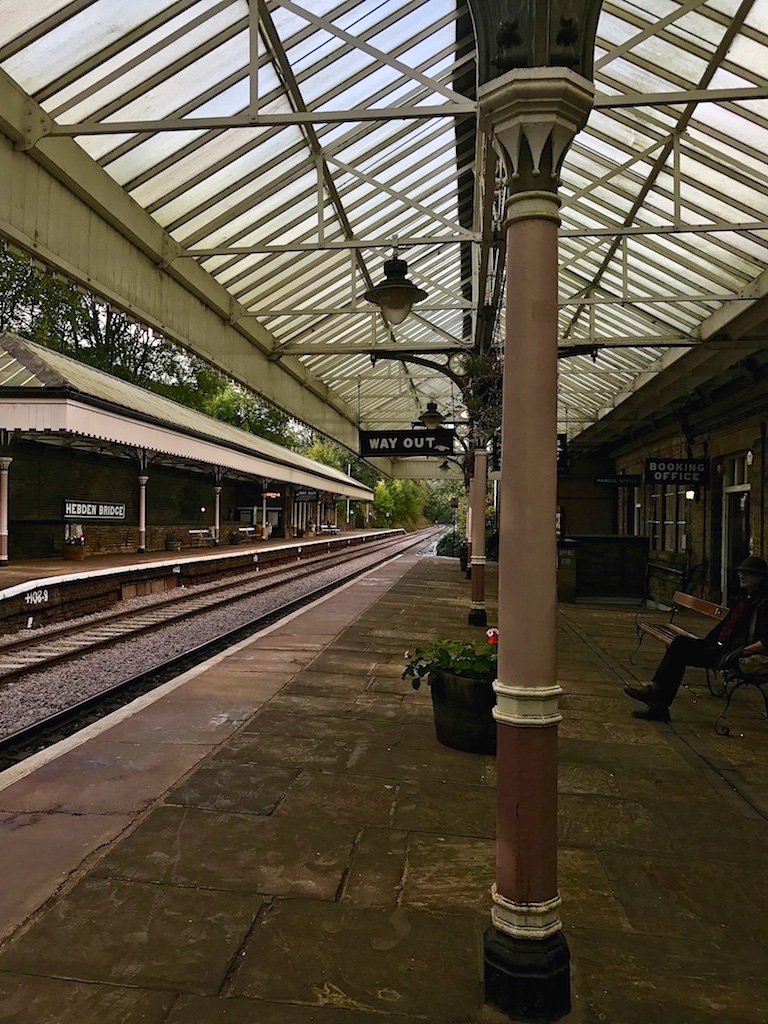 If you’ve managed it to the end, Thankyou!

Hopefully I won’t leave it so long for my next Sunday Sevens post.

And if you are new to my blog and haven’t heard of Sunday Sevens, it’s the brain child of Natalie from Threads and Bobbins.  They’re weekly-isn posts of 7-ish photos of what’s happening in your life outside of the sewing room.  You can join in once, and make it a regular part of your blog, or dip in and out as you fancy.  There really are no rules but I love having a diary of what I’ve been up to, and love reading what’s going on in my blogging buddies world too.